Cut mirchi bajji is a crispy variation of mirchi bajji in which partially cooked green chilli fritters are cut into small pieces and deep-fried again until they turn crisp cut mirchi.

You can serve these delictable cut mirchi pakodi as starters in parties or a tea time snack.

I have stuffed these cut mirchi pakodi with sweet and tangy tamarind coconut chutney, thus making them irresistable.

Though the procedure looks complicated, trust me it’s simple and uses only the ingredients commonly found in any Indian kitchen. Give it a try, this cut green chilli pakodi will surely satisfy your taste buds. 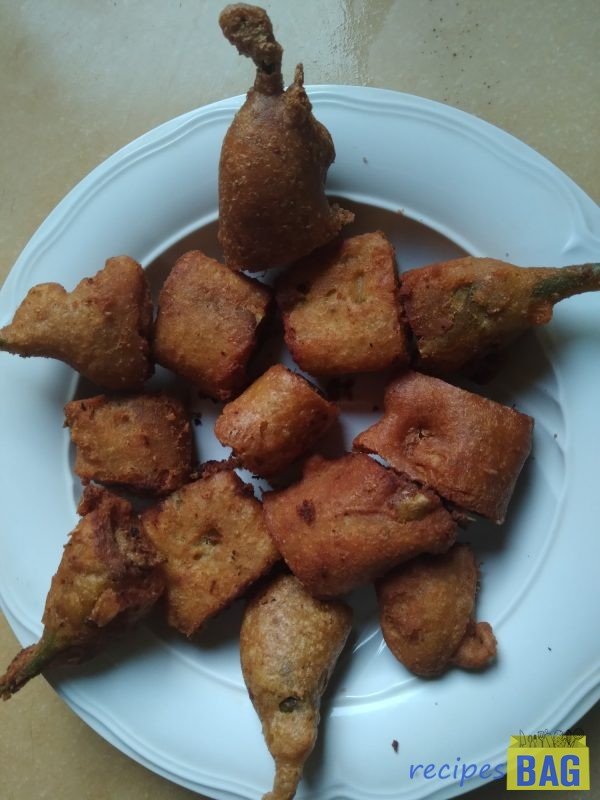